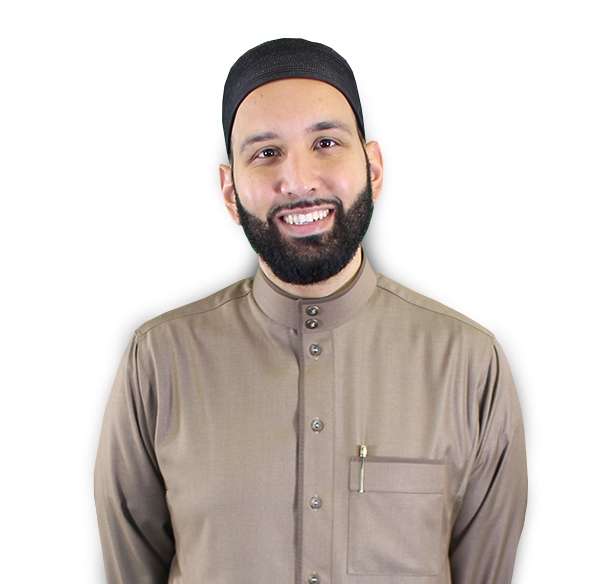 Dr. Omar Suleiman is the President of the Yaqeen Institute for Islamic Research and a professor of Islamic Studies at Southern Methodist University. He’s also the resident scholar of the Valley Ranch Islamic Center, and Co-Chair of Faith Forward Dallas at Thanks-Giving Square, a multi-faith alliance for peace and justice.

Originally from New Orleans, LA, he began his journey of traditional Islamic learning in the year 2000 and has spent years studying in the United Arab Emirates, Jordan, Malaysia, etc. Upon becoming certified in various traditional sciences, he completed a Bachelor’s degree in Islamic law, a Bachelor’s degree in Accounting, a Master’s degree in Islamic Finance, a Master’s Degree in Political History, and is in the process of completing his PhD from the International Islamic University of Malaysia in Islamic Thought and Civilization.

His career started in his hometown of New Orleans where he served as the Imam of the Jefferson Muslim Association in New Orleans for 6 years and directed the ICNA Relief “Muslims for Humanity” Hurricane Katrina Relief effort. It was in this time that he was noted on a national level as being a strong advocate of community service, interfaith dialogue, and social justice. He co-founded the East Jefferson Interfaith Clergy Association and was awarded for his outstanding civic achievement by the Mayor and City Council of New Orleans in 2010.

He then moved to Dallas and became the Resident Scholar of the Valley Ranch Islamic Center in 2013 and more recently, Co-Chair of Faith Forward Dallas at Thanks-Giving Square. In Dallas, he has been a noted leader and voice for peace, and has partaken as a representative of the Muslim Community in many city functions. He has since been a guest at various national functions to share his experiences in community building.

Shaykh Omar most recently founded the Yaqeen Institute for Islamic Research which is a think tank that focuses on instilling conviction based on Islamic texts, and producing contribution. He also founded M.U.H.S.E.N (Muslims Understanding and Helping Special Education Needs), a nonprofit umbrella organization serving the community to establish a more inclusive “Special Friendly” environment for our Brothers & Sisters of all Disabilities.

Shaykh Omar has taught Islamic Studies at the university level since 2008. As a valued AlMaghrib instructor, Shaykh Omar developed one of the most successful seminars “Behind the Scenes: An In-Depth Study of the Spiritual Practices of the Best Generations”. He also is one of the main features at our annual conferences and retreats: IlmFest and IlmSummit.

In media, he’s one of the creators of the internationally acclaimed “Inspiration Series” which has reached millions of Muslims and Non Muslims through YouTube and Islamic Television stations worldwide. He’s also known for his series on Quran weekly as well as his contributions to Hadith of the Day.