Sheikh Omar Husain graduated from Al-Azhar University with a degree in Islamic studies and Arabic. He is a Licensed Professional Counselor Associate (Supervised by Michael Moyer), a Licensed Chemical Dependency Counselor, and is currently a doctoral candidate in Counselor Education and Supervision at the University of Texas at San Antonio. His knowledge of the Islamic and social sciences makes him uniquely equipped to address contemporary issues facing the Muslim community. 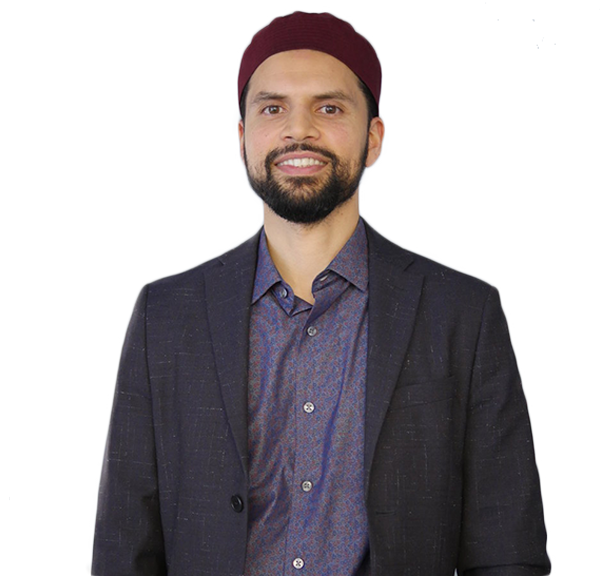 Omar Husain is a Licensed Professional Counselor Associate (supervised by Michael Moyer) and a Licensed Chemical Dependency Counselor. He attended the University of Illinois at Chicago, on a tennis scholarship, and graduated with a degree in Information Sciences. He then travelled to Toronto, Canada where he studied the Arabic language and began studying the Islamic sciences. After returning to the United States he worked as a business analyst. During this time, he was blessed to complete his memorization of the Quran. He then travelled to Cairo, Egypt, after being accepted to the esteemed Al-Azhar University, the oldest institute of Islamic learning in the world, where he graduated from the College of Islamic studies and Arabic. He actively participates in youth initiatives, and university Muslim Student Associations study circles, as well as delivering khutbas (sermons), lectures, and conducting classes to a broad audience. He has translated the masterpiece of Imam Jalāl ad-Dīn Suyūṭī, Al-Itqān Fī U’lūm al-Qur’ān “Towards Perfecting the Qur’ānic Sciences.” As learning is never done, he is also currently a Doctoral candidate in counselor education at the University of Texas at San Antonio.